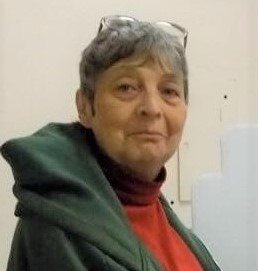 Catherine Ferrara-Hazell left this life on November 16 at Albany Medical Center.  The medical challenges that she faced with such courage for so long finally overcame her.  She died peacefully with people who loved her.

Catherine took the name Oriethyia, an Amazon Warrior, in the 1970’s.  She was a fierce advocate for social justice and women’s causes. She was one of a handful of women who founded the first rape crisis center in Suffolk County, Long Island.  Her commitment to feminism started early; she was the youngest local NOW president in New York. Her dedication was life long, and her efforts continued as long as she was able. Her compassion for others led her to become a traditionally trained Usui Reiki Master.  She was a spiritual seeker who participated in a number of traditions including Dianic witch, Buddhist and Bon practices.  Her primary religion was kindness and generosity of spirit.

Catherine was born on November 9, 1951 in Bronx, NY. She was proud of both sides of her family, her mother’s Sicilian parentage and her father’s family who had lived for generations in St. Vincent in the British West Indies. She grew up enjoying her grandmother Anna’s Italian cooking and her father’s love of Caribbean calypso.  As a young woman, she worked in a variety of jobs, including her own business as a house painter. In her late thirties, she went back to college and earned a degree in computer science. She worked for New York State until health issues forced her to retire.

No summary of her life would be complete without recognizing her writing. She authored two published collections of poems and two smaller poetry collections.  She contributed a major portion of the script for the Disabled Women’s Theater Project in the 1980s.  She was working on a life memoir at the time of her death.

Catherine was preceded in death by her parents Cathy Ferrara Hazell and Basil G. Hazell, and a sister Dawn.  She is survived by her partner of 26 years, Kate McKee. Following passage of the marriage equality act, they were married in 2011. She is also survived by her brothers Glen (Bonnie) and Scott (Susan) and nephews Bill and Jason.  Her survivors also include dear friends and other family too numerous to name here. She literally had friends everywhere.  Special thanks to the staff of AMC’s Medical ICU who cared for Catherine with skill and kindness.

A memorial service is planned at a later date.  In lieu of flowers, please cherish your friends and families, and perform acts of unexpected kindness.

Share Your Memory of
Catherine
Upload Your Memory View All Memories
Be the first to upload a memory!
Share A Memory
Plant a Tree

Simple Choices Cremation Service is proud to be selected by Cremation with Confidence, offering their exclusive guarantee.