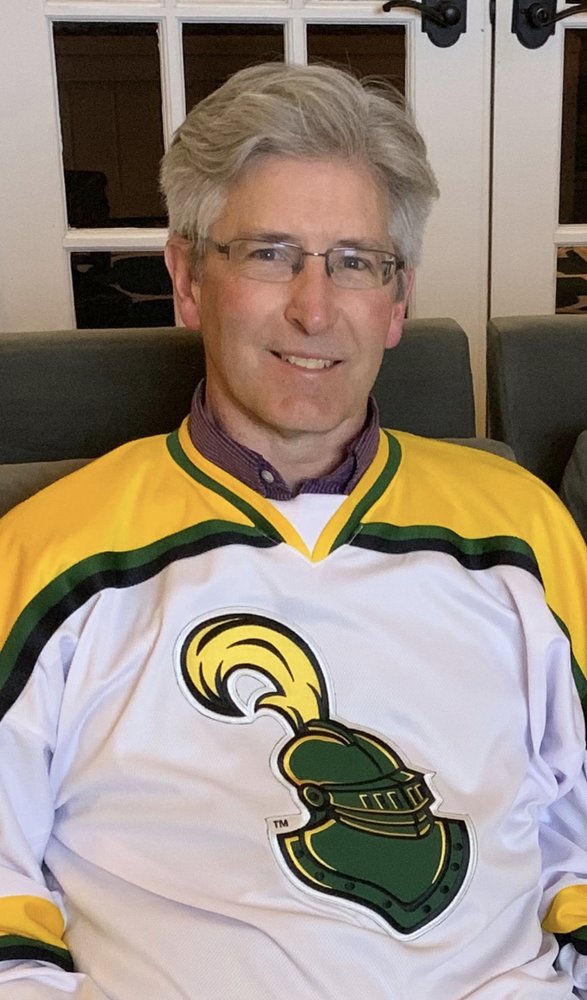 He was born in Cobleskill, New York, on October 30, 1961, to Jane and Kenvyn Richards, and was the youngest of five children.

He graduated from Mexico Academy and Central School in 1979, and obtained his Bachelors Degree in Civil Engineering from Clarkson University (College) in 1983, where he was a member of the Beta Tau Fraternity. He joined the New York Department of Transportation (NYSDOT) immediately after graduation, and spent his entire 34 year career there, the first 16 years in Materials, and the last 18 in Construction, retiring in 2017. He supervised many notable projects, one of the last, and most renowned, being the construction of the Lake Champlain bridge connecting New York and Vermont. He was known for his quick wit, and gift for thought-provoking conversation, on topics ranging from sports to politics to philosophy, and was always up for a game of trivia. His often-mischievous sense of humor also made him the instigator of many a practical joke.

Dave was an avid college hockey fan, having worked at the arena all four years during college, and made a point of listening to the Clarkson Golden Knight games online whenever possible. He was an integral part of a tight-knit group of friends and family who went every year, for the past 25+ years, to various cities across the country, to attend the Frozen Four college hockey championship.

Hiking was a big part of Dave’s recreational life, having been introduced to it at a very early age by his father, Kenvyn. He, friends and family traveled across the country, from California to Maine, completing hikes from Half Dome (multiple times) and Mount Hoffman in Yosemite, to Mount Katahdin in Baxter State Park. He also summited the highest mountain in Australia, Mount Kosciuszko, and 31 of the 46 Adirondack High Peaks in New York.

Dave was a dedicated platelet donor, having faithfully committed time and energy for many years, making hundreds of Red Cross donations in his lifetime.

After retirement, Dave completed many home improvement projects, all approached with the same attention to detail as those in his professional life. His father, a master woodworker, inspired him to develop his own woodworking talents, which were invariably reflected in his finished projects. He also loved to travel, and he and Vicky enjoyed their time exploring new destinations, both domestic and international.

Share Your Memory of
David
Upload Your Memory View All Memories
Be the first to upload a memory!
Share A Memory
Plant a Tree

Simple Choices Cremation Service is proud to be selected by Cremation with Confidence, offering their exclusive guarantee.