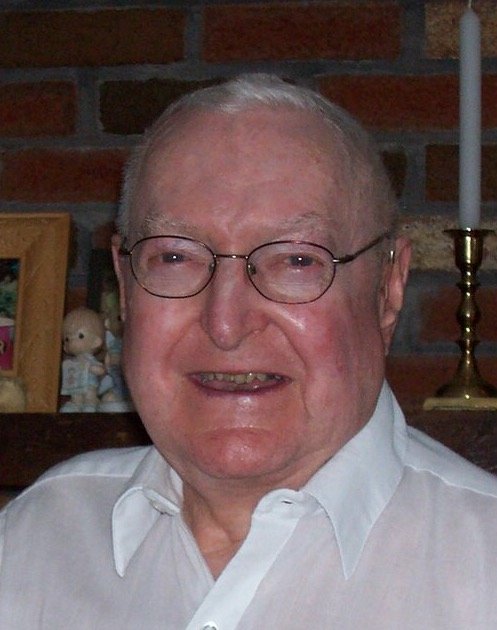 Robert Johnston Ostrander, 94, of East Greenbush NY died September 7, 2018, in Troy NY.  Robert was born at home in Walden, NY on November 7, 1923.  He was the son of the late Clarence and Harriet Augusta Van Keuren Ostrander and brother of the late Clare Ostrander.

Bob graduated from Walden High School in 1941 and went to work for the Walden Telephone Company. In 1943, he was drafted into the US Army during World War II.  He was sent to the Pacific Theater with the 880th Airborne Engineers as a glider pilot. While there Bob joined the 871st Engineer Aviation Battalion which took part in the invasion of the Philippines. After the war, Bob went to work for the New York Telephone Company retiring in 1984 with 38 years of service.

Bob married his beloved wife, Ruth Hudson, in 1948. They were married for 68 years at the time of her death in December 2016.Together they enjoyed volunteering with the Telephone Pioneers of America. Bob held different officers while a member, was the clown Overalls with the Pioneer Clown Troupe and enjoyed performing magic, and was inducted into the Pioneer Hall of Fame in 1991. He enjoyed working with the Albany Police Athletic League and the Capital Holiday Lights in the Park at Christmas time.  Bob was the 1st Santa Claus for them.

Bob was active in the First United Methodist Church of East Greenbush, NY. He taught Sunday School, was Sunday School Superintendent, a Lay Leader, and Head Usher and served on various committees.

Relatives and friends are invited to a Celebration of Life Service at the First United Methodist Church, East Greenbush, NY on Saturday October 20, 2018 at 2:00 with a reception to follow.  The family requests no flowers. Memorial contributions may be sent to the First United Methodist Church, 1 Gilligan Rd, East Greenbush, NY 12061.

Share Your Memory of
Robert
Upload Your Memory View All Memories
Be the first to upload a memory!