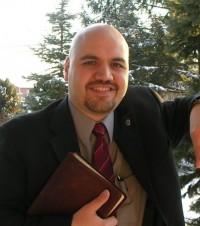 Pastor Steven Torres of Niverville , NY passed away May 28, 2011 after a 20 month battle with colon cancer. He was 40 years old. Pastor Steve was born to Eugenia Acevedo and Luis O. Torres on March 22, 1971 in Manhattan , NY . Steven grew up in Brooklyn and then Queens, NY with his parents and his three brothers, Luis, Willie and Marcus. Steven was always a very diligent student. In 1989 he graduated from Townsend Harris High School in Flushing, NY. After attending Queens College form 1989-1990, he took a year off and completed a program at the Center for the Media Arts in Broadcasting Announcing. Steven then returned to Queens College and graduated in 1994 with a Bachelor of Arts degree in Communications and a minor in Journalism. He aspired to be a sportscaster/journalist. After meeting his future wife, Deborah Wilensky, in 1993 and marrying her on August 23, 1998 , his &quot;life plan&quot; took a drastic turn when God called him into the gospel ministry. In June of 2001 he enrolled in a Master of Divinity program at Andrews University Seventh-day Adventist Theological Seminary. He graduated in December of 2003 with a Master of Divinity degree. In January 2004 he started pastoring for the Greater New York Conference of Seventh-day Adventists and was assigned two churches in Columbia County - the Livingston Seventh-day Adventist Church and the Seventh-day Adventist Church at Kinderhook - where he remained in employ until the time of his death. Pastor Steve, as he was affectionately called, thoroughly enjoyed being a pastor and felt so privileged to serve the Lord in this capacity. He loved his parishioners just as much as they loved him. Steven was predeceased by his father Luis O. Torres who passed away in 1994. He is survived by his wife Deborah, his daughter Grace, his sons Noah and Asher, his mother Eugenia, his brothers Luis, Willie and Marcus and many aunts, uncles, nieces, nephews, cousins and in-laws. A memorial service for Pastor Steve will be held on Saturday, June 4 at 6:00 p.m. at the Livingston Seventh-day Adventist Church, 2771 Route 9, Livingston, NY 12541.
To plant a tree in memory of Steven Torres, please visit Tribute Store
Services for Steven Torres
There are no events scheduled. You can still show your support by planting a tree in memory of Steven Torres.
Visit the Tribute Store
Share Your Memory of
Steven
Upload Your Memory View All Memories
Be the first to upload a memory!
Share A Memory
Plant a Tree