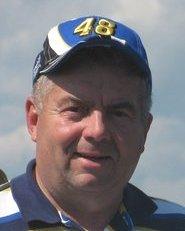 Obituary of Jerold A. Utter

Jerold A. Utter, Mr. Utter, 67, of St. Johnsville, NY, and formerly of Fort Plain, NY, and Charlotte, NC, died March 19, 2011. A son of the late Alton and Florence Utter, he was born Sept. 17, 1943 in Amsterdam, NY. He was a retired private chauffeur and also had worked at several car dealerships in Charlotte, NC. He was a former employee of Agway Petroleum Corp. and a former meat cutter. Mr. Utter was a member of the Fort Plain Reformed Church and graduate of Fort Plain Central School. He was also a Mason. He was preceded in death by four brothers, Lawrence, William, Alton and James, his twin who died in infancy. Mr. Utter is survived by his sons, James Utter and John Utter, both of Charlotte, NC; his sisters, Rosanne Ehle of Rochester, NY and Eleanor Eckert of Slingerlands, NY; his brothers, Phillip Utter of Glendale, Ariz., Richard Utter of Wittmann, Ariz., and Robert Utter of Peoria, Ariz.; and numerous nieces and nephews. A memorial service will be held at 4 p.m. Saturday, June 25 at Fort Plain Reformed Church. Visitation with the family is 30 minutes prior to the service. Burial will be in Fort Plain Cemetery. Simple Choices Cremation of Albany, NY assisted the family with arrangements. In lieu of flowers, memorials may be made to Fort Plain Reformed Church, 165 Canal St., Fort Plain, NY 13339; or to the St. Johnsville Fire Department, 6 West Main St., St. Johnsville, NY 13452.
To plant a tree in memory of Jerold Utter, please visit Tribute Store
Services for Jerold Utter
There are no events scheduled. You can still show your support by planting a tree in memory of Jerold Utter.
Visit the Tribute Store
Share Your Memory of
Jerold
Upload Your Memory View All Memories
Be the first to upload a memory!
Share A Memory
Plant a Tree