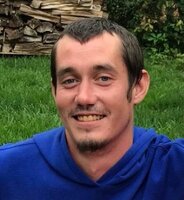 REXFORD- Brandon Kevin Charland, 31, of Rexford, entered into rest unexpectedly in Schenectady on August 22, 2022. The son of Mark J. and Joyce A. (Jasewicz) Charland, Brandon was born in Saratoga Springs on March 29, 1991. He was raised in Rexford and received his education from Niskayuna Central Schools. Brandon held various jobs throughout his life. In his youth he was a member of the Boy Scouts. Brandon will be warmly remembered for his devotion and love to his family and friends. He cared deeply for others, always checking in to make sure you were ok and to let you know he was ok. He loved having a fire and a drink with his dad along with his mom’s cooking. In addition to his parents, Brandon is survived by three children: Michael and twins Makayla and Kevin, as well as his siblings: Kendrah (Timothy) Carey, Marcus Charland, Nic Charland, Gabrielle Charland, Logan Charland, Kyden Charland and Tosha (Anthony) Sarro. Brandon was the beloved uncle to one niece and one nephew. Many special aunts, uncles and cousins also survive. Cremation took place through the care of Simple Choices, Inc. The family is planning a celebration of life memorial gathering at 2PM on Sunday, September 4th at the Lion’s Pavillion, located on Kiwanis Way (behind Beukendaal Temple) on Schonowee Avenue, Scotia, NY 12302 (nearby Jumpin’ Jacks). The burial will be privately held by the family at a later date. In lieu of flowers, Brandon’s family wishes that you donate in his memory to either: The Schenectady City Mission, 425 Hamilton St, Schenectady, NY 12305, or Street Soldiers – Schenectady, 12 Hoffman Street, Selkirk, New York 12158 Relatives and friends are invited to pay their respects online, by leaving a special message for the Charland Family at: SimpleChoicesCremation.com