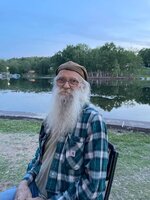 CASTLETON-ON-HUDSON - Paul J. “Dirtman” Colvin, 68, of Castleton-on-Hudson, entered into rest on July 23, 2022, in the comfort of his own home surrounded by his loving family. The son of the late Paul H. and Dolores A. (O’Brien) Colvin, Paul was born on August 5, 1953, in Albany, New York. Paul was also predeceased by his brother the late Michael F. Colvin. Paul was a lifelong resident of Castleton, where he was raised. In his teen years, he started working with his father in the family-owned sanitation business. Later in life Paul went on to raise a family of his own and founded his own family business KP Enterprise. Which is still in operation today. Paul spent his life operating heavy equipment and driving tractor trailers (especially his Pete). He enjoyed driving so much and was known for hauling anything and everything from cars to apples. Paul loved to hit the road, and would frequently say: "Hammer down, keep it under 90." Paul carried many names, but most will remember him as “Santa”. He took on that title 27 years ago and would devote every December dressing up as the big guy himself, (with his wife along his side as Mrs. Claus) and enjoyed giving back to the community, making sure he visited as many children as he could to light up the world with happiness and love. Paul loved life and lived it to the fullest. He enjoyed listening to live bands and dancing with his friends and family. He had so many dreams, but his biggest one was opening a campground (which came true) (Some Place Else). Paul possessed a heart of gold. If someone was in need, he would be the first one to lend a hand, or a couch to sleep on. He was a “jack of all trades” as he always said: “there is no job too big or small” and “I can do them all”. He spent most of his adult life working but loved it when he had the opportunity to travel in the camper with a fatty in his hand. Survivors include his wife and partner of 44 years Kathleen A. (Jensen) Colvin, His children: Shawn Edwards, Mandy Edwards (Sebastian) Paul (Jessica) Colvin and Kevin Colvin (Danylle). His 15 grandchildren: Joel, Mackenzie, Cameron, Kaleina, Ryan, Kristopher, Matthew, Ethan, Grant, James, Vincent, William, Jacob, Savannah and Michael. Paul is also survived by his sisters: Patricia (Jay) Riley and Susan Redhead, his sister-in-law Mary Colvin and brother-in-law Wayne Hallenbeck. Many nieces and nephews, as well as many close family friends. The Colvin Family would like to acknowledge all their family and friends who have been there as support during this difficult time. The family would like to send a special thanks to the Community Hospice Nurses, as well as Dr. Elizabeth Sandel and especially Danylle Gerstel for being there when we needed anything. Relatives and Friends are invited to pay their respects on Paul’s Birthday, August 5, 2022, from 3 to 6pm at the Family Homestead where a Celebration of Life will be held. The family would also like to extend an invite after-hours to continue with Paul’s celebration of life. Where we will send him off the way he would have wanted it. We know he will be watching over us saying "it’s just another tricky day in paradise" Relatives and Friends are invited to pay their respects online by leaving a special message for the family at: SimpleChoicesCremation.com