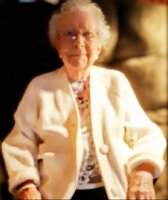 LANSINGBURGH- Irma L. Sloan was born October 10, 1924 and was a life-long resident of Lansingburgh. She passed away peacefully in the comfort of her own home surrounded by her loving family on March 24, 2022. Irma was the daughter of Raymond and Edna (Nelson) Wilder and widow of James E. Sloan. Predeceased by her oldest son, James E. Sloan, Jr. She is survived by one son, Martin P. Sloan (Susanne) of Troy; daughter-in-law Linda J. Grignon Sloan also of Troy; 5 grandchildren – Terrence (Erin) Sloan, Ryan (Jessica) Sloan, Shannen (Donny) Miller, Marlena (Nicolas) Sloan, and Katarina (James) Sloan; 6 great-grandchildren. She was a graduate of Lansingburgh High School (a class of only 19!) and Troy High Night School of Drafting. Irma retired from State employment in 1984. She was a former den mother of Troop 11 Presbyterian Church; Past President and member for over 50 years of the Danish Sisterhood; Past President of the Prince of Peace Lutheran Church (WLCW) and Past President of that church’s Council; Past President of Powers School P.T.A.; a life member of the New York State Congress of Parents and Teachers, a member of both the Troy and Watervliet Seniors; and a past ward leader and committee member of the 16th Ward in Troy. Mrs. Sloan was also an active member of many other civic organizations. The family wishes to extend their heartfelt appreciation and love for Irma’s home health aide, Valerie a.k.a. “Honey”. Honey was a devoted friend and caregiver to Irma for many years. We would have been lost without her. Thank you for coming into our lives. Cremation took place through the care of Simple Choices, Inc. There will be no services. Contributions in memory of Irma may be made to the charity of your choice. To leave a special message for the family, please visit: SimpleChoicesCremation.com