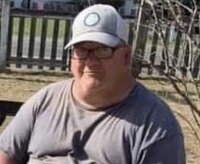 GLOVERSVILLE- Robert A. Kennedy, Jr., 63, of 272 Elmwood Avenue Ext. in Gloversville, passed away on December 30, 2021, at Albany Medical Center. Robert was born August 23,1958 in Gloversville, the son of the late Robert Kennedy and Betty (Quiling) Brownell. Robert was employed by Lee Dye in Johnstown until he retired. Robert enjoyed walking and enjoying the outdoors and his time with family. He is survived by his sisters Vicky (Carl) Locatelli, Susan (Brain) Hepp, Sally (Frank) Allen, Betty (Leo) Hoyt, Sr., Lynn (Bob) Gifford, as well as several nieces and nephews. In addition to his parents, he was predeceased by his brother Glenn Brownell, his niece Jamie Lynn Gannon and nephew Todd Locatelli. In accordance with Robert’s wishes there will be no funeral service or viewing. Arrangements were entrusted to: Simple Choices, Inc. Cremation Service. To leave a special message for the family, please visit: SimpleChoicesCremation.com