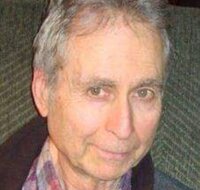 Speigletown, NY Thomas Murphy, 82, of Speigletown, passed away peacefully at home on December 30th 2021, after 14 years of living with Alzheimer's and Parkinson's. He was born in Albany, NY, served two years in the United States Army and worked 37 years as a delivery driver for McKesson's Pharmaceuticals. Tom was a humble, easy going guy who always had a smile and friendly hello for everyone. He enjoyed spending time with family and friends, watching his Yankees play and listening to Christian television programs. Prior to his illness, Tom's favorite pastimes were vacationing in Florida and Maine with his wife and mother-in-law, country line dancing with Joyce, playing horseshoes at picnics, going out to eat and reading newspapers and the Bible. He is survived by the love of his life Joyce (Blanchet) Murphy, his loving daughters: Rebecca McGuirk (Willie) and Dawnmarie Robens (Dan), his grandchildren: Daniel and Lyndsay Robens, William and Brenden McGuirk. He is also survived by his brother and sister-in-law Phil and Dolores Brown and many nieces, nephews and cousins. Tom was predeceased by his mother and stepfather June (White) and Donald Brown, his nephew Eric Brown and his beloved mother-in-law Mary Blanchet, who was like a mother to him. He was lovingly well cared for daily by his wife Joyce, niece Kathy and great nephew Frankie. He also received much support and care from his daughters and sons-in-law, his brothers-in-law and sisters-in-law Roland and Betty, (the late) Duke and Dotty, his friends and cousins in-law Peggy and Connie, Linda and Dave, Richard and Fran, Carol and Patrick. The family would like to thank the VA medical staff and the Hospice home care team for their excellent care. Tom will be laid to rest at the Gerald B.H. Solomon Saratoga National Cemetery, with full Military Honors, at a private family memorial service in the spring. M Memorial contributions in Tom’s memory may be made to the Alzheimer’s or Parkinson’s Association.