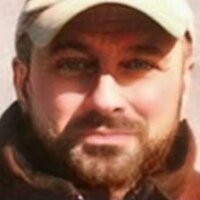 Latham, NY Eric Van Sleet, 60, passed away on October 23, 2021 at home in Latham, NY. He is predeceased by his parents Raymond and Mary (Gendron) Van Sleet of Latham, and a brother, Mark Van Sleet (Betty) of Lake Worth, Fl. He is survived by his brother William Van Sleet (Donna) of Latham, NY, and sister, Karen Showers (Denzil) of Madison, WI. He is also survived by his niece, Dara Showers Christy (Ian) of Portland, Or and Stefen Showers (Lyndsy) of Madison, WI as well as a niece, Dawn Cervoni of Latham, NY, and nephew, Scott Carpenter of Glenville, NY, as well as five great nieces and nephews that were very much loved: Fiona and Lyle Christy, Harlan Showers, Connor and Chloe Cervoni. In the 1980’s Rick played in various local punk rock bands (The Extras, The ADs and The Trash Knights). He was employed by Mathew Bender for many years as a salesman. He enjoyed learning new skills and working on various projects around his house and was always willing to help out his neighbors. He enjoyed fishing, golf, his motorcycle, auto mechanics and gardening. Rick had an infectious sense of humor and could make a room full of strangers laugh. In fact, he even made half an airplane of people break out into laughter. His humor was usually unexpected but so well-timed. His death however was untimely, and he is missed by his extended family including cousins, friends, former classmates, co-workers, and neighbors. He was one-of-a-kind. A service in celebration of Eric's life will be held in the spring.