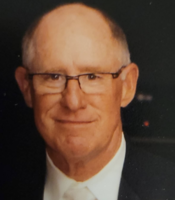 CLIFTON PARK- On September 9, 2021, life’s journey ended for Peter W. Smith, another victim of Alzheimer’s Disease at the age of 74. Peter was born in Oneonta, NY and has recently lived in Clifton Park. Prior to his move to Clifton Park, he was a resident of Saratoga Springs. Along with his wife Diane, Pete moved to Clifton Park to be near his daughter Shelby and their grandchildren Chase and Shay. Pete was a man who lived life to the fullest. His life’s work was establishing Technical Building Services of Ballston Spa, NY. Pete started this business with 2 other partners with his “can do” attitude that he always possessed his entire life. Pete was always on the move and strived for a challenge, which led him to also establish Banana Photo (a sports onsite photo business) as well as Red Bag Express with the help of his dear friends Frank Zalucki and Jack Hanifan. Four years of service in the Marine Corps. helped to mold Pete into the individual we have come to know, love and respect. During his 13 months of service in Vietnam, Pete developed a true appreciation for life. Pete served as a volunteer for the Wilton Emergency Squad as an ambulance driver. His ability to drive well was credited to his calm demeanor, as well as his auto racing background. While training to drive the ambulance, Pete held the record in the obstacle course for going forward and backwards smoothly. Pete made many friends over the years in racing, in business and in life. He was a kind, generous person that was there for his friends if needed. Pete is survived by his wife of 52 years, Diane (Dartt) Smith. Having met in their teens, the love and fun continued. Even during a time of illness, Pete always had a smile and a kiss for the love of his life. Also survived by his daughter, Shelby (Smith) Robertson, whom he loved beyond measure. Pete cherished his 2 grandchildren Chase and Shay. He is also survived by Shelby’s partner Cait Sleasman, whom he adored. His son-in-law Doug Robertson was like a son to him and whom he loved dearly. He is also survived by his brother-in-law David Dartt who he had so much fun racing with. Also survived by his sister Susan Thurgood and her husband John. Pete has a special bond with his nieces Sarah Clemons and Meredith Clemons along with his nephew Ian Clemons. He cared for them deeply as well as his brother-in-law William Clemons. Our deepest thanks to all the staff at Home of the Good Shepherd Memory Care in Saratoga Springs, NY. They were “our angels on earth’ during Pete’s care and they simply were the best. The staff adored them. A big thank you to those faithful friends that came to take him to golf, out for a ride or just a phone call to see how the family was. You all will be in our hearts forever. Interment with Military Honors will take place on September 27th at 10am in the Gerald B.H. Solomon – Saratoga National Cemetery, 200 Duell Road, Schuylerville, NY 12871. A Celebration of Life will follow at Ravenswood, 1021 Route 146 in Clifton Park from 11am until 3pm. Relatives and Friends are invited to attend and share memories. Arrangements are under the direction of Simple Choices, Inc. Cremation Service To leave a special message for the family, please visit: SimpleChoicesCremation.com