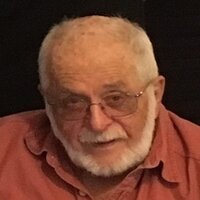 ALBANY- Rodger L. Fink of Albany died August 28, 2021 attended by his beloved partner of 19 years, Laura Paris, and his younger brother Newt of Gloucester, Massachusetts. He was 78. Born in Rochester, N.Y., he graduated Binghamton Central High School and the College of Wooster in Wooster, Ohio. He earned an MA in English Literature at Syracuse University. A great lover of music, he played in school musical ensembles, sang in school choruses, and continued singing for many years, including with the Albany Pro Musica Masterworks Chorus. During his student years he vigorously opposed the Vietnam war and was not ultimately drafted. Rodger taught English literature at Siena College and at St. Joseph’s prep in Montvale, N.J. where he also very much enjoyed coaching the boys’ soccer team. Following studies in labor relations at Pace University he accepted a position with the N.Y. State Teachers’ Retirement System, providing retirement planning services to teachers and developing web applications for that system. Rodger was a lifelong reader and student of history, philosophy and literature. Thoughtfully opinionated, he was eagerly engaged in almost any topic with old and newly-met friends at his favorite Starbucks. He enjoyed being outdoors, hiking in the Catskill and Adirondack mountains, canoeing and kayaking. He cycled the Erie Canal trail, around Lake Champlain and on a winter coastal route from New Orleans to Mobile. He also enjoyed learning home building skills, auto repairs and gardening. His many hobbies included tropical fish, model trains, astronomy, N.Y. Times puzzles, listening to great music, and, as mentioned, singing. After retirement, Rodger volunteered with the Mohawk Hudson Land Conservancy, the Alzheimer’s Association of Northeastern New York, and Community Hospice. His physical activities decreased during the years after the discovery and removal of a tumor in his spinal column. Undaunted, he learned to drive with hand controls and continued to cycle for a decade. He showed great resilience through many surgeries and orthopedic procedures and a continuing battle with pain and spasms from nerve damage. He required a wheelchair for the last several years. The family is grateful for the support of friends throughout the years, for the many caring professionals who attended his medical needs and to the staff members of Community Hospice who provided care at home and at the Hospice Inn at St. Peter’s Hospital. Rodger is survived by his partner Laura Paris, his brother Newton Fink, jr., his sisters Cynthia Fustukjian of Santa Cruz, CA. and Ruth Fink of Baldwinsville, N.Y., two nephews, three nieces and nine progeny extending the line. His faithful cat, Kit is keeping his chair warm. When the extended family and friends can assemble, and Covid threats diminish, we will gather in memorial at the First Unitarian-Universalist Society of Albany.