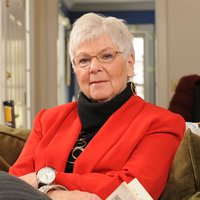 RENSSELAER- Nancy Collins Schmidt, loving wife, mother, grandmother, great grandmother, true friend, care giver and matriarch of an extended family, died peacefully on May 19, 2021, with family at her bedside. Born on February 6, 1933, in Lyndonville, Vermont she was the middle child of Harold Campbell Collins and Gladys (Bundy) Collins. She was predeceased by her parents and by her brother Rodney Collins and sister Janet Collins Nichols. Nancy is survived by her husband of 35 years Donald Schmidt, daughters Jayne Bower VanLuyk and Susan Bower Clark and son Daniel Bower. Other survivors are stepchildren; Michael, David and Kaye Schmidt Mullaney, along with grandchildren; Matthew and Michael Rinaldi, Collin, Madeline, Benjamin and Owen Clark and Ethan Daniel Bower. Also surviving Nancy are seven step grandchildren, three great grandchildren plus loving brother-in-law, sister-in-law, daughters-in-law, sons-in-law, nieces, nephews, cousins and many friends so close they were considered family. Nancy was a 1951 graduate of Burlington High School, Burlington, VT and graduated from the University of Vermont in 1955 with a Bachelor of Science degree in Education. For a number of years, she was a dedicated teacher in White Plains, New York and Dunbar, West Virginia. Following her return to New York State she entered the business world while raising her three children with strength and compassion. In 1979 she returned to the field of education as assistant registrar at Hudson Valley Community College. She subsequently rose within the college's administration to become director of the office of student financial aid where she served with success until her retirement. Nancy's first concern was always the well-being of her children, her family and her extended family. She had many hobbies and interests, but her true passion was being a Hospice volunteer. Her commitment to Hospice was recognized in 2006 when she was honored as Hospice Volunteer of the Year. Nancy enjoyed her retirement with husband Don, family and friends and most particularly enjoyed their summer home in Grafton which she and Don reconstructed. A celebration of Nancy's life will occur later in the summer. It was Nancy's request that anyone wishing to make a contribution in her memory should direct such remembrance to the Community Hospice. Arrangements are with Simple Choices, Inc. To leave a special message for the family, please visit: SimpleChoicesCremation.com