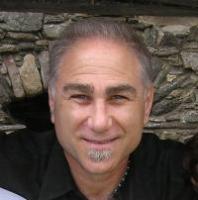 Kevin E. Keller, PhD, 57, passed away on November 18th at home, in the loving arms of his family after an 18 month battle with brain cancer. Kevin was a beloved husband, father, grandfather, son, brother, uncle, friend, and psychologist who dedicated his life to helping others. Kevin was born on November 11, 1952 in New York City. He was the son of Dolores Keller and the late Martin Keller. Kevin is survived by his wife of 35 years, Laurel Burns and their loving children, Bryan, Brendan, Patrick, and Emily. He is also survived by his mother, his sister Wendy Epstein-Lynn, his brother Steven Keller, his father-in-law Raymond Burns, his daughter-in-law Kate Keller, his grandchildren, Keegan and Kevin Keller, and a large and loving extended family. Kevin received a BS in Anthropology from Rutgers in 1974, an MS in Counseling from St. Bonaventure in 1976, and a PhD in Counseling Psychology from the University of Missouri at Columbia in 1980. During Kevin's tenure at the University of Missouri, he and Laurel were live-in program directors in a group home for developmentally disabled women. In 1980, Kevin and Laurel relocated to the Capital Region where Kevin began work as an assistant professor of Psychology at SUNY Albany. In 1981, he and Laurel founded, and have since co-directed, the Schenectady Center for Psychotherapy and Eating Disorders, the first clinic of its kind in our region. Kevin remained active in his practice through the summer of 2009, and deeply cared for his work and his patients. In addition to his 29 years of continuous private practice in the Capital Region, from 1980 to 1983 Kevin was a much loved and respected graduate student advisor and professor in the Department of Psychology at SUNY Albany; from 1983 to 1987 he was the Director of Psychological Services at Conifer Park Hospital; and from 1993 to 1997 he developed and directed the Chemical Dependency Program at Russell Sage College. Kevin will be remembered for his compassion, kindness and integrity. He was an anchor and a source of strength to so many in his family and community. Kevin was the first president of the Capital Region Association for Eating Disorders, he was a soccer coach, a parishioner at St. John the Baptist Church in Schenectady, NY, and volunteered in many capacities including Boy Scouts and Indian Guides. Of all his roles, the most important to Kevin were those of husband and father. His wisdom and love will be dearly missed by his family. An interfaith memorial service is planned for December 12th, 2009 at 1:00 PM at the Church of St. Vincent De Paul, 900 Madison Ave, Albany. The family will receive guests at the church from 12 noon to 1 pm. Memorial contributions may be made to The Preston Robert Tisch Brain Tumor Center, Duke University, DUMC, PO Box 3624, Durham, NC 27710, or at http://cancer.duke.edu/btc/.