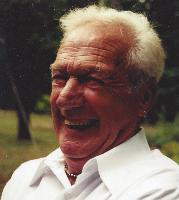 Albany Adrian Jessop, 78, of Albany, passed away on August 4, 2013 after a long battle against small cell lung cancer. Adrian grew up in Schenectady with his mom, Leona and step-dad Bill Merton. Adrain spent summers in and around Saratoga with his father Ernest Jessop. Adrian's first wife was the former Loretta Bandis, they spent 43 years together and raised five children; Adrian, Jr., Joe, Jennifer, Aaron and Preston. They lived for many years on the Old Sanders farm in Galway. Adrian leaves behind his second wife, the former Laura Brady of Albany. The 14 years they spent together was the special gift they gave to one another, best friends till the end. Left to cherish his memory other than his wife Laura, are his children; Adrian Jr. of Scotia, Jennifer (Rob) of Virginia, Aaron of Victory Mills and Preston (Nicki) also of Virginia. His grandchildren, great-grandchildren and great great-grandchildren. As well as many nieces and nephews, brother, sisters-in-law and many many friends. Adrian was predeceased in death by his first wife, Loretta; she succumbed to Kidney failure in February 1999 and his son Joe. Adrian's first love was to the world of the pigeon. He had a love of the birds since childhood, which continued and grew. He joined the Amsterdam pigeon club in 1964. When that disbanded he joined the Schenectady club. To say he knew about pigeons was an understatement; he lived and breathed it till his last days. Adrian worked for Price Chopper for many decades, first starting at the Mayfair store when he was 16. He also worked for a time for Grand Union and Polar Soda. Adrian was once a bus driver for the Broadalbin school district. He held may positions while employed at Price Chopper throughout his 34 years employed with them, he was last located at the Eastern Parkway location. He worked there 20 hours a week until retirement in 2011, shortly before he was diagnosed with cancer. Adrian was brave during his illness, suffering a stroke and seizures, only to have the cancer to continue to metastasize. Adrian had the care of wonderful people and facilities and his family would wish to sincerely thank the send their appreciation to; Upstate Hematology, especially Dr. Jacob, Dr. Azad, Dr. Conlin of Niskayuna Family Practice and Staff, The Community Hospice of Albany, especially Susan and Adrienne, Schenectady Cardiology, Phil, Teresa, Wendy, Allie, Keith, Aaron, Kathy from California, and Nurse Ratchet &quot;aka&quot; Julie. In keeping with Adrian's wishes there will be no services. Donations may be made in his memory to The Regional Food Bank, 965 Albany Shaker Rd Latham, NY 12110, www. regionalfoodbank.net Arrangements have been entrusted to the care of Simple Choices, Inc., 1088 Western Ave., Albany, NY 12203